Squirrel Rescue is located in Los Angeles, California. It is a part of Animal Advocates a non-profit animal rescue and education organization. We rescue and rehabilitate ill, injured and orphaned squirrels from the public and local animal shelters. We rehabilitate them in our facility and release them back where they were found when and if they are able. We also provide information on humane squirrel control.  We are licensed by the California Department of Fish & Game to rehabilitate bobcats, skunks, raccoons, opossums, squirrels and more. 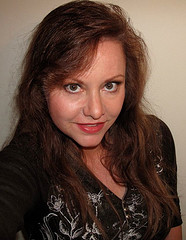 She was born and raised in Southern California. She attended Beverly Hills Good Shepherd Catholic School and Beverly Hills High School. Besides being a member of Junior Mensa and on the Dean's list, she was a top ten national swimmer and competed on the men's water polo team. She began college at the age of 15 attending the University of Southern California on scholarship, majoring in Psychology/Sociology.